Members of Centre Stage had another enjoyable time at the Balsall Common Fesitval, with their interactive story telling of “A Squash and a Squeeze”. The 15-minute production of the popular book by Julia Donaldson proved a hit with young children who came to see the show that ran regularly throughout the day. During the show children were invited to join in by playing a menagerie of different animals. The cast even managed to rope in a few grown-ups to dress up as a pantomime cow, which took a starring role in the show. Thank you to everyone who came to see it, and especially to those who took part. 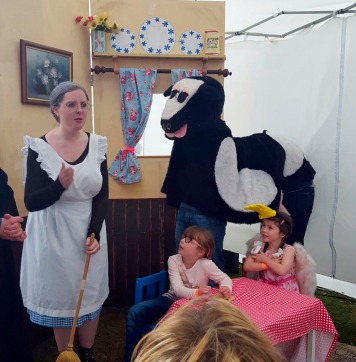